SHONALI BHOWMIK is a musician, actress, comedienne, writer, filmmaker and director. She is the writer and director of Shayla Hates Celebrities. Her latest short film, Sardines Out of A Can, recently screened in 6 cities across the globe including Madrid, Spain, and won best romantic comedy short at the Bare Bones International Film Fest 2014. She currently co-hosts her own podcast series called We Don’t Even Know, and has her own independent record label called Little Lamb Recordings. She is a member of the popular comedy collective Variety Shac and was the host of the Shac’s popular Upright Citizen’s Brigade live show. She has created television pilots for the Adult Swim and IFC networks. In addition, After releasing five albums with her rock n’ roll outfits, Tigers & Monkeys and Ultrababyfat, Shonali recently released her first solo full length release 100 Oaks Revival. She is one of the leaders of Ultrababyfat, who were featured David Cross’ tour DVD Let America Laugh. Shonali was composer for original music for the MTV television series How’s Your News (Matt Stone and Trey Parker, Exec. Prod.) 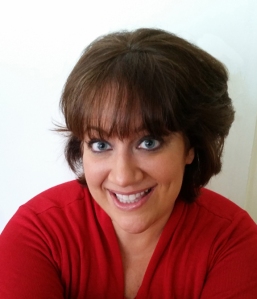 KATINA CORRAO is an actress, comedian, and writer living in NYC. You may have seen her on Broad City, The Pete Holmes Show as the Mom in Kid Farm, OWN, HBO, College Humor, Late Night Republic, VH1’s Big Morning Buzz Live and Best Night Ever. She was a writer for The Newlywed Game and has warmed up many top shows including The Jenny McCarthy Show. She’s been nominated for an ECNY for Best Female Comedian and has appeared in numerous web series including Jack In A Box and The Actress. She has an award-winning series of her own called The Good Neighbor Minute, which explores Katina’s desire to be the nosey neighbor in a sit-com. She has been featured in Time Out New York, The Huffington Post, Reader’s Digest, Broadway World, and in Vulture. Katina loves seltzer water with lots of ice and surprisingly, unlike any other comedian out there, is writing a sit-com pilot starring herself. http://www.KatinaCorrao.com

ELIOT GLAZER is a writer/comedian based in New York, who can be seen on season two of “Broad City.” He has written for Darren Star’s “Younger,” “Billy on the Street” and “Best Week Ever,” and writes, produces, and stars in “Eliot’s Sketch Pad,” a sketch comedy series on Above Average, the YouTube channel of Lorne Michaels. He co-created and starred in the cult favorite web series’ Haunting Renditions and It Gets Betterish, the latter of which has been profiled in The New York Times, The Wall Street Journal, and Blackbook Magazine, and landed Eliot as one of OUT Magazine’s annual 100 most influential people in the LGBT community in 2012. His video, “Shit New Yorkers Say,” went viral in January 2012, landing him on WNBC, New York Daily News, the New York Post, Opie & Anthony, The Leonard Lopate Show, and BBC Radio. Eliot regularly performs around New York and Los Angeles, and is an in-house performer at the Upright Citizens Brigade, where he hosts the monthly variety show “Mashterpiece Theater.” 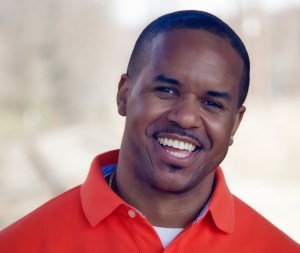 LE’RONN MCGOWAN is a comedian/actor/writer who is the host of his own comedy show Beige Brothers Comedy Show in NYC and the internet radio show Sports, Sex, and Cereal. Le’Ronn may be see in OWN Network’s Unfaithful. Shonali met Le’Ronn at Brooklyn’s Broke Comedy show where she was super impressed with his handshake and smile.

JASON LAM is a full-time television producer, part-time musician, food blogger, filmmaker and magician. He has a very popular food blog called Me So Hungry and a hit YouTube channel. He is the bass player and vocalist for the band Tigers and Monkeys along with Shonali. He is a keyboard player and vocalist of the band Justice of the Unicorns. He was the 2012 Food Film Festival Filmmaker of the Year and “One of the Coolest Hairstyles in NYC” (Fader Magazine 2003).

WYATT CENAC is a NY-based stand-up comedian, actor, and writer, best known for his work on THE DAILY SHOW WITH JON STEWART, where he was a correspondent and writer for half of the last decade. Prior to that, he spent three seasons writing on KING OF THE HILL. Wyatt can be seen in Mike Birbiglia’s acclaimed film, SLEEPWALK WITH ME, Darren Grodsky’s independent film GROWING UP (AND OTHER LIES), and Barry Jenkins MEDICINE FOR MELANCHOLY, which was nominated for three Independent Spirit Awards. His one-hour special, COMEDY PERSON, premiered on Comedy Central in 2011. He also produced the film, AN OVERSIMPLIFICATION OF HER BEAUTY, which was shown at Sundance in 2012. Wyatt currently has projects in development with AMC and and BBC America and a forthcoming comedy special for Netflix. Wyatt will also be releasing an album in 2014. He can next be seen in David Cross’ film HITS, which premiered at Sundance earlier this year. 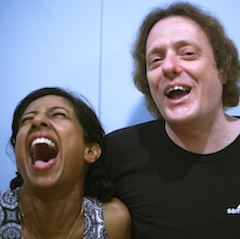 KENNY LIENHARDT is a sound engineer, music producer and cable access tv host.  He is the esteemed soundman at the The Bowery Ballroom.  He is also the host of his own cable access fishing show called The Urban Angler.  He has produced two albums for Shonali’s band Tigers & Monkeys. 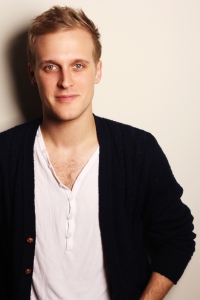 JOHN EARLY is a New York Based comedian, actor, and writer. He is currently an artist in residence and comedy curator at Ars Nova, where he hosts a monthly variety show Showgasm. He’s been on 30 Rock, played Juliet, and starred in several of his own short films. He studied acting at Tisch School of the Arts at NYU and regularly performs stand up all over the city. You can see all of his stuff at johnearly.tumblr.com. 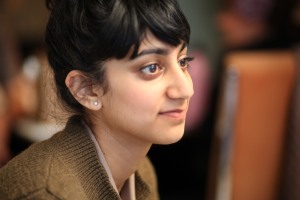 SUNITA MANI is an actress and improviser from Dickson, TN. She is also a co-choreographer/dancer of the dance comedy group COCOON CENTRAL DANCE TEAM. Recent stage credits include THE WEIRD ONES (Upright Citizens Brigade), THE ACID TRIP (The Magnet Theatre) and New Georges theatre festivals; CCDT includes BAM, Caroline’s on Broadway, UCBT (NY + LA) and MoMAPS1. She has appeared in various indie films, on variety shows with solo work, and most currently on Comedy Central’s BROAD CITY. Most notable is her performance in “Turn Down for What” by Dj Snake feat. Lil Jon (2014 VMA winner “Best Direction).  Sunita may be seen on on the Netflix show GLOW. 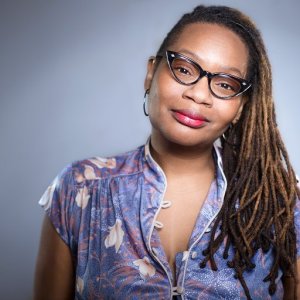 SHALEWA SHARPE is a standup comedienne/actress who recently moved to NYC from Atlanta, GA. She hosts here own monthly show at The Creek and The Cave called How Do I Get There?  You must watch her bit on The Tonight Show as a huge Black Panther fan where Chadwick Boseman fell in love with her. 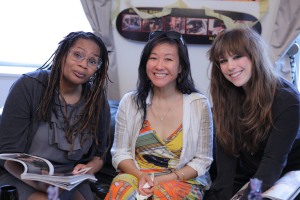 MIA JUHNG is an experiential project manager, responsible for the production, management and marketing of memorable cultural experiences.

KATIE FISCHER is a New York City Fashion Photographer and filmmaker. You can find her work in Vogue, Interview and W magazines.

GREG BARRIS is a fantastic stand up comedian,an artist, and a musician.  He is well known for his awesome v live show Heart Of Darkness.  He also loves “weird sciency stuff” and is know for his great interviews with smart people called Mind Warriors.

ELEANORE PIENTA is a filmmaker, actress, comedian and dancer.  She is a co-founder of COCOON CENTRAL DANCE TEAM.